Kevin launched AWM utilizing AI and deep learning with the intent of making Smart Shelf the go-to retail platform for customer engagement and shopper behavior/store operations analytics. As CEO he is responsible for AWM's long-term vision and global strategy. Prior to AWM, Kevin was the CEO of ICG, a full-service digital media firm. Under his leadership, ICG grew from a shared office with two desks to a digital format leader serving globally known Fortune 500 brands, college and professional sports venues and even government agencies. Prior to this, Kevin was an executive at Wells Fargo, UBS Financial, and Smith Barney, specializing in technology, asset management, capital raises and corporate guidance. Kevin has also owned businesses in a wide spectrum of sectors ranging from alternative energy to a professional motocross team.

Emad Mirgoli’s primary responsibility is overseeing and managing AWM’s reseller partner channel as well as reviewing and managing all sales side contracts. Mr. Mirgoli’s duties also include working with other AWM executives on a daily basis to ensure AWM meets the daily operational requirements, financial targets and contractual obligations with both customer and partner relationships. Mr. Mirgoli brings over twenty years of experience from the financial services arena and corporate management. Prior to his engagement with AWM, Mr. Mirgoli was an active partner in a firm that specialized in investing in and restructuring defaulted land secured municipal bonds which included the ownership and management of large scale real estate projects throughout the United States. Mirgoli’s other professional experiences include working in both energy trading and investment banking at firms such as Koch Energy, Sempra Energy, UBS Securities, Stone & Youngberg and RBC Capital Markets.

As Senior VP of Logistics, Implementation and Support, Kurtis is responsible for the delivery, execution and support of AWM’s Smart Shelf. He oversees the company’s internal operations team as well as key manufacturing, logistics and implementation relationships which support the global scalability of AWM’s solutions. Previously, Kurtis was a Co-Founder and Executive at ICG, and over the past 20 years, has shared numerous business interests with Kevin Howard. They have developed a strong working relationship during this time while working in the digital media, technology, and corporate financial services arenas. Kurtis can be considered somewhat of a “generalist”, having served in a wide range of roles while overseeing and advising in the growth of several start-up and mid-sized companies. He is a proud Southern California native and enjoys spending time outdoors whenever possible.

VP of AI and Computer Vision

VP of AI and Computer Vision

Greg has been involved in the technology / buildout of many of AWM's products such as Aii® (Automated Inventory Intelligence), shopper detection and triggering, and others, with his current focus being AWM Frictionless® (AWM's checkout-free solution). Prior to joining AWM, he worked on a variety of projects for organizations including Cisco / Linksys, IMAX, Legendary Pictures, Toyota, and World Vision. Greg graduated cum laude in computer science from UC, Santa Barbara, and he has formal education in computer vision and holds vendor certifications in Java, MySQL, PHP, ASP.NET, and various Microsoft technologies. When asked about the importance of artificial intelligence, Greg's response is "AI has already made significant advances, but we've just scratched the surface of its potential. It may very well end up proving to be the single most transformative field across both our personal lives and how businesses operate and compete.

Steven Dabic, Sr. VP of Frictionless, specializes in computer vision & machine learning and is the lead architect of AWM Frictionless™ (AWM's checkout-free solution). He also develops the product recognition, advanced segmentation, and multi-view correspondence algorithms used in AWM's other products. He holds a US patent in pattern recognition and has successfully founded & exited a company in the space. Prior to AWM, Steven led a computer vision consultancy, working with companies such as Tesla, as well as several startups. Steven earned his degree from M.I.T. in Applied Mathematics, specializing in the analysis of astrophysical data, and worked for teams from LIGO, Super-Kamiokande, and the Hubble Space Telescope.

Chairman of the board

Kevin launched AWM utilizing AI and deep learning with the intent of making Smart Shelf the go-to retail platform for customer engagement and shopper behavior/store operations analytics. As CEO he is responsible for AWM's long-term vision and global strategy. Prior to AWM, Kevin was the CEO of ICG, a full-service digital media firm. Under his leadership, ICG grew from a shared office with two desks to a digital format leader serving globally known Fortune 500 brands, college and professional sports venues and even government agencies. Prior to this, Kevin was an executive at Wells Fargo, UBS Financial, and Smith Barney, specializing in technology, asset management, capital raises and corporate guidance. Kevin has also owned businesses in a wide spectrum of sectors ranging from alternative energy to a professional motocross team.

Michael Beaudoin currently invests in private equities, including providing venture capital, to rapidly growing early stage companies for Mark IV Capital; located in Newport Beach, CA. Prior to joining Mark IV Capital, Michael took part in AT&T’s Leadership Development Program where he created and operated AT&T’s Aspire Accelerator. This accelerator was focused on enhancing education by supporting and mentoring the most promising and innovative ed-tech companies that have the potential to help every student achieve a bright, successful future.


Michael began his career in investment and commercial banking at Merrill Lynch and later went on to serve as a Vice President at both JPMorgan Chase and Deutsche Bank where he led teams focused on wealth management.


Michael is also the proud father of his twins Ty and Carson and happily married to his supportive wife Katelyn.

Mr. Conner, Executive Chairman of Bellisio Foods, Inc., has been with the Company since it was founded in 1990 leading the Company through family ownership and the $340MM, management/private-equity buyout in 2011. Doubling sales and profits in the next 5 years, resulted in the sale of the Company to Charoen Pokphand Foods of Bangkok, Thailand for $1.1 billion US in December of 2016. Mr. Conner now guides CP Foods' expansion objectives in North America.


In 2017 Mr. Conner was named E&Y Entrepreneur of the Year. He is the former Chairman of the Board of Regis Corporation (NYSE:RGS) and for 24 years served on the Worldwide Board of Directors of ENACTUS. He is a past Chairman of Children’s HeartLink, on the Advisory Board of the Alan Page Education Foundation and an “Ambassador” for Mayo Clinic.


Mr. Conner earned a Bachelor of Science, Cornell University, and a Doctor of Law-Honorabilia, Flagler College.

Vincent is a partner at The Contrarian Group in Newport Beach, CA. He has responsibility for all technology related investments. He has held management positions at the largest IT training company as well as a major Internet marketing agency. Vincent has a degree from College of the Desert, he updates and maintains education through certifications at Princeton University, San Diego University and Rice University among others. Vincent and his wife live in Corona Del Mar, CA.

Greg Reed brings more than 18 years of experience handling acquisitions and refinances on properties nationwide. During that time he has drawn on a variety of loan programs, including Fannie Mae, Freddie Mac, FHA, balance sheet, bridge, life company and CMBS executions. He also has worked with a broad range of loan structures, including fixed and floating rate debt, tax-exempt bonds, construction loans and credit facilities. He has originated more than $10 billion in multifamily loans since 2005. Mr. Reed co-founded the Newport Beach, California office with his partner Kristen Croxton in 2011, expanding the company’s focus in the Western United States. Since that time he has successfully originated more than $5.5 billion in loans. Formerly a Vice President of origination for Deutsche Bank Berkshire Mortgage. Mr. Reed and his current team place debt on multifamily and commercial assets nationwide primarily through Fannie Mae, Freddie Mac, Bank, CMBS and FHA programs. In 2018 the Newport Beach office originated $2 billion in agency loans. Mr. Reed holds a Bachelor of Arts from the University of California at Berkeley with an emphasis on Real Estate Finance and Economics.

Nicola oversees the M&A and Corporate Development activities at Datalogic, the global leader in the automatic data capture and process automation markets. As a passionate investor and manager, Nicola has executed and exited several investments throughout his career at institutions of the likes of Citi, the Abu Dhabi Investment Authority, and Datalogic.


As an active Board Member at AWM, Nicola supports the growth of AWM by contributing vast knowledge of the equity markets and a solid network of VC investors and managers.


Nicola earned a Bachelor in Business Administration from Bocconi University and a Master Degree from ESCP Europe.

Mark IV Capital is a privately held diversified investment firm founded in 1974 and headquartered in Newport Beach, California. Mark IV believes that its 35 professional asset management employees, who are led by an independent management team with a combined 75+ years of industry experience, are the driving force behind its success. Mark IV Capital has a long history of investing in private equities dating back to backing the world’s first water park in the 1970’s and has continued its opportunistic investment approach by diversifying its holdings into Private Equity, Venture Capital, and Real Estate. The employees of Mark IV consider themselves a steward of assets with the long-term goals of value creation and asset appreciation. In addition to Newport Beach, the company has staff and operational offices in Northern California, Austin, Texas, Las Vegas, Nevada, Denver, Colorado, and Greater Phoenix, Arizona. Mark IV is built upon a foundation of integrity and excellent service. The company’s core values of integrity, creativity, accountability, team orientation, development, and community are integral to Mark IV’s success. Mark IV recognizes that it has a responsibility to provide unparalleled levels of service to its customers, long-term returns to its investors, and accountability to the communities in which it works.

The Contrarian Group Inc. (TCG) invests in a variety of companies including hardware, software, real estate, golf courses and medical technology among others.


TCG’s general partner is Mr. Peter Ueberroth who has been the Managing Director since 1989. He is currently Co-Chairman of the Pebble Beach Company and the Chairman of Aircastle, Inc. a publicly traded Air Leasing Company. Mr. Ueberroth earned the distinction of Time Magazine’s Person of the Year in 1984 and is well known for his previous roles as President of the Los Angeles Olympic Organizing Committee and his subsequent appointment as the sixth commissioner of Major League Baseball.

Datalogic is a global technology leader in the automatic data capture and process automation markets, specialized in the designing and production of bar code readers, mobile computers, sensors for detection, measurement and safety, vision and laser marking systems.


Closeness and timely response to every customer requirement, together with continuous innovation and high quality offering, are the distinctive elements at the base of Datalogic success for over 40 years. Its cutting-edge solutions help to increase the efficiency and quality of processes in the Retail, Manufacturing, Transportation & Logistics and Healthcare industries, along the entire value chain.


With products used in most of supermarkets and points of sale, at major airports, at top shipping and postal services, and in the largest factories and hospitals worldwide, Datalogic guarantees its customers a complete offer that covers all the market needs and whose technology is the ultimate result of decades of expertise.


As pioneers of innovation, we are proud to work with some of the world’s largest companies from licensing our technology and forming strategic alliances, to embarking on co-operative research and development projects with technology partners. Strategic alliances with key players in the industry enable us to offer our Customers unparalleled solutions and services.

We’re always looking for smart and talented people to join our team. 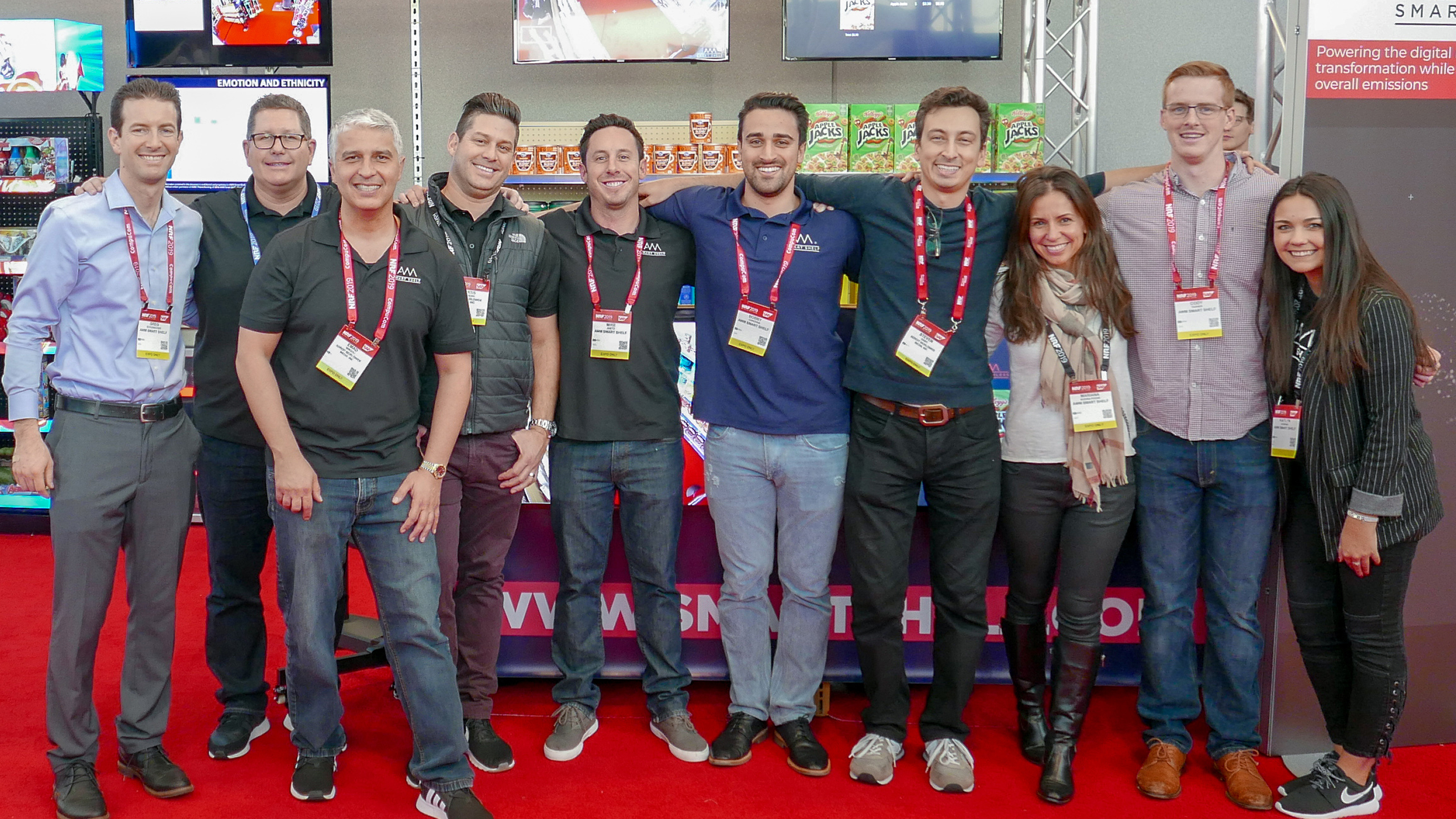 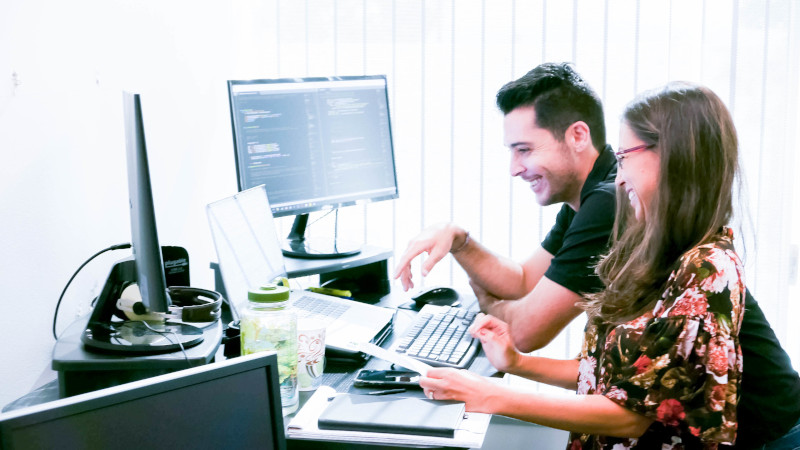 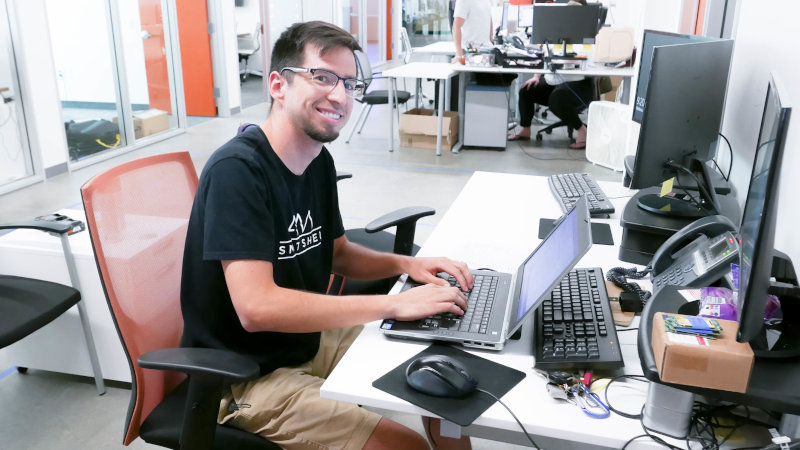 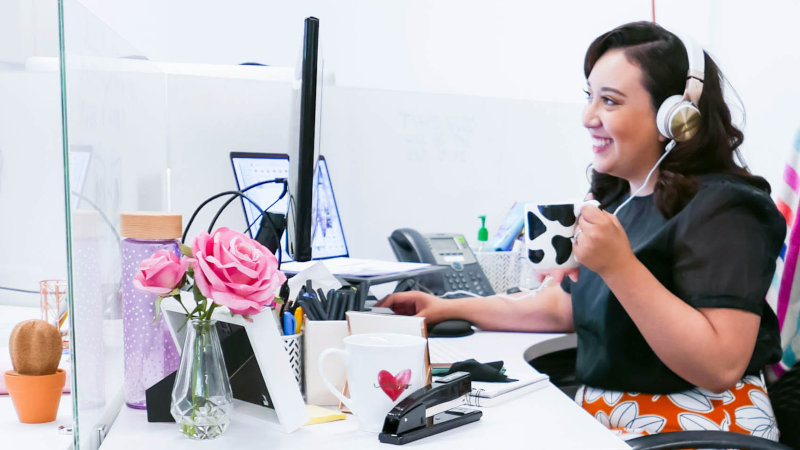 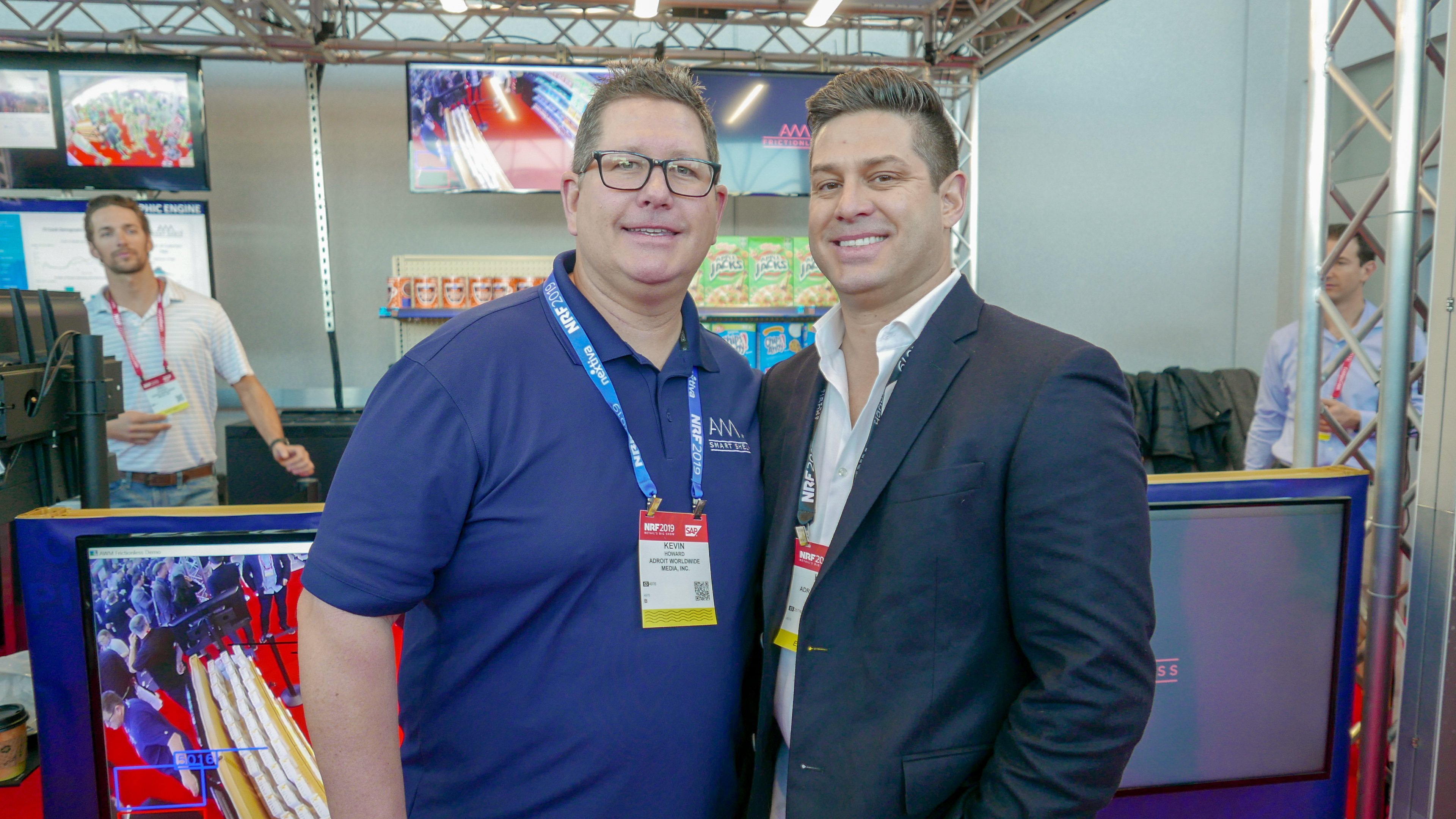 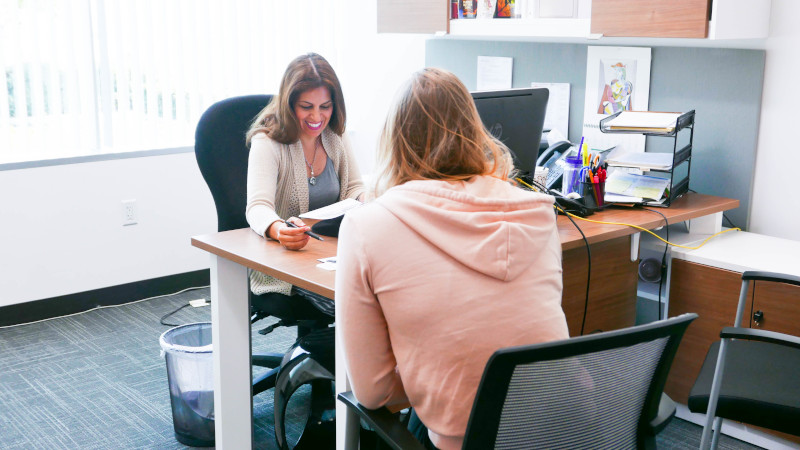 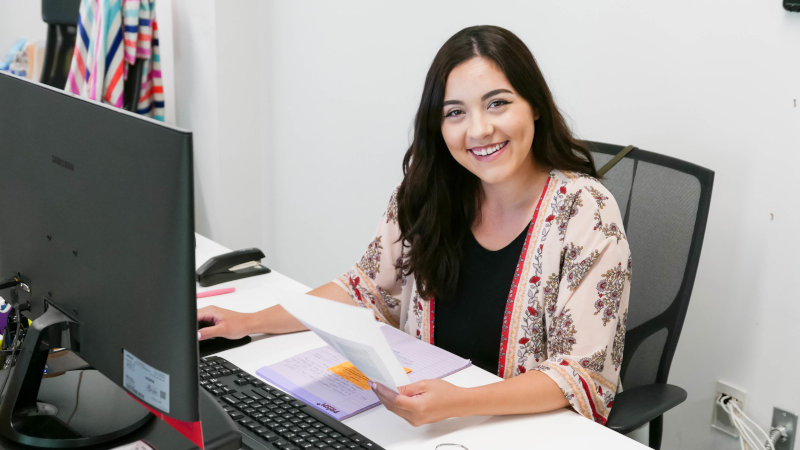 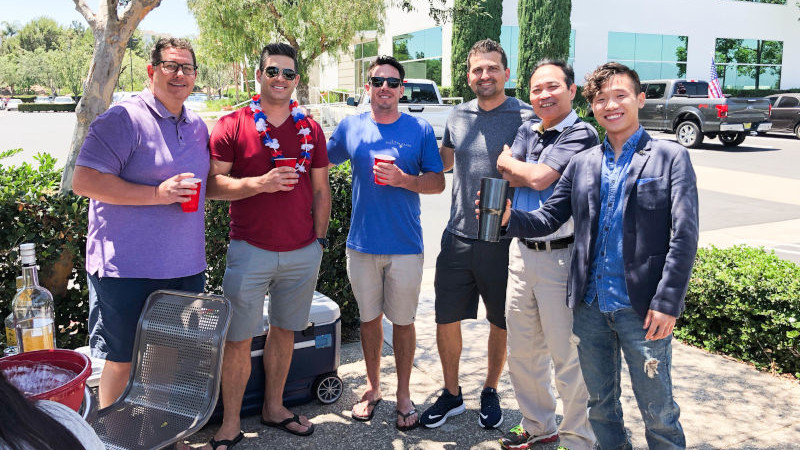